Dmitry Goncharov was born in 1981 in Moscow. At the age of 4 he began to sing pop songs. At the age of 6, I was fascinated by listening to music at the then-popular "Electronics" cassette recorder. At the age of seven he entered music school No. 21 named after I.S. Bach to the department of "folk" instruments, which he graduated with honors in 1995 in accordion class. In the same year entered the school named after the October Revolution in the class of Professor Yu.A. Vostrelova. In 1999 he entered the Moscow State Institute of Music named after A.Shnitke, who graduated in 2002. In 2007, in absentia he took an active part in the life of MGK Tchaikovsky using Forum "Classics" (based cellist Boris Lifanovskii), which first proposed the creation of a thematic section of rock music. He worked as an accompanist in MGUKI (Khimki), later in the APF RF Airborne Division (which, unfortunately, was reduced). As a result, it was decided to do business. During his short creative life Dmitry managed to take part in a large number of concerts in Russia as an ensemble artist. 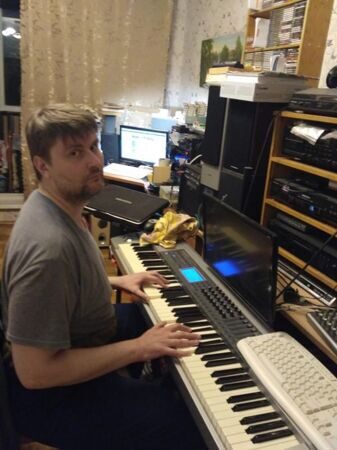 Still have questions?
Write to us and we will contact you!